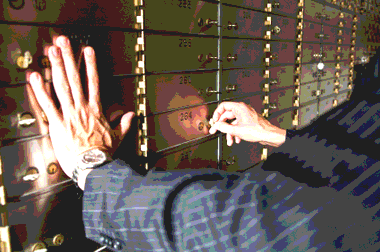 What is the U.S. Tax Deal with Switzerland?

The Swiss government has agreed to encourage Swiss banks to reveal the existence, and content, of accounts held by American people and businesses. The DOJ is offering banks that come forward and make required disclosures protection from prosecution.

The threat of U.S. criminal punishment to Swiss banks and bankers is very real. Since 2009, over 30 banking professionals have been charged by the DOJ. In 2012, the DOJ successfully indicted Wegelin & CO., Switzerland’s oldest bank, even though it had no branches outside of Switzerland.

Now that the Swiss government is cooperating with the DOJ it will be even harder for Swiss banks to stay beyond the DOJ’s reach. Furthermore, the voluntary disclosure program requires the banks to give up information on one another. Thus, it is unclear that any one bank will be able to avoid the DOJ’s gaze.

Due to these facts, many advisors are encouraging Swiss banks to reveal the names and account information of U.S. account owners. It is expected that many will do so and that many American owners of undisclosed accounts will subsequently fact severe civil penalties and criminal prosecution.

Which Banks Are affected?

The secrecy of every U.S. held Swiss bank account is potentially compromised. The only Swiss banks that cannot seek amnesty under this new program are the ones already under criminal investigation by the DOJ. Furthermore, due to the amnesty programs requirements that banks disclose the activities of other banks, non-Swiss bank secrecy may soon be compromised as well.

The DOJ has disclosed investigations in India, Luxembourg, Israel and the Caribbean. It is unclear what other countries’ banks are also being investigated.

Every person who has, or ever had, an undisclosed interest in a Swiss bank account should note this development. Disclosure rules apply whenever the aggregate money in foreign accounts exceeds $10,000.

Interest payments may cause this threshold to be exceeded even if the account holder is unaware. Furthermore, the rule applies to interests held directly or indirectly. Thus property held in trust or in a partnership may cause a taxpayer to unknowingly violate disclosure rules.

What Should Someone Do If They Suspect They Have, or Had, an Undisclosed Swiss Account?

Anyone who suspects they have or had one or more undisclosed Swiss bank accounts should immediately seek the advice of a qualified and competent criminal tax lawyer. The penalties for having failed to disclose such an account can include criminal prosecution and imprisonment.

Contacting the DOJ or IRS about such an account, without the advice of legal counsel, is unwise since both of these agencies are involved in investigating such accounts. Non-lawyers such as accountants, should not be consulted as they do not have expertise in criminal tax law and they cannot ensure confidentiality.

Only a competent criminal tax lawyer can help a client understand what trouble, if any, they are in and advise them as to how to protect themselves.

If you are a US citizen, resident alien or qualify as a US person under the substantial presence test, and you have had interest in or authority over a foreign bank account over the past 6 years, it is recommended that you contact a qualified and experienced tax attorney as soon as possible to discuss your circumstances.

The Tax Lawyer, Wiliam D. Hartsock is Tax Attorney in San Diego, and a certified tax specialist and has specialized in international tax law and the various IRS voluntary disclosure programs since the 1980's. Mr. Hartsock offers free consultations with the full benefit of attorney client privilege 858-481-4844.

A "Certified Tax Law Specialist" for over 37 years, Mr. Hartsock is one of the most trusted and respected tax attorneys in Southern California. Call today to discuss the facts of your case and learn about your options. Mr. Hartsock offers free consultations and all conversations are protected under attorney-client privilege; meaning that no information shared with a tax attorney will be shared with the IRS or California Franchise Tax Board.